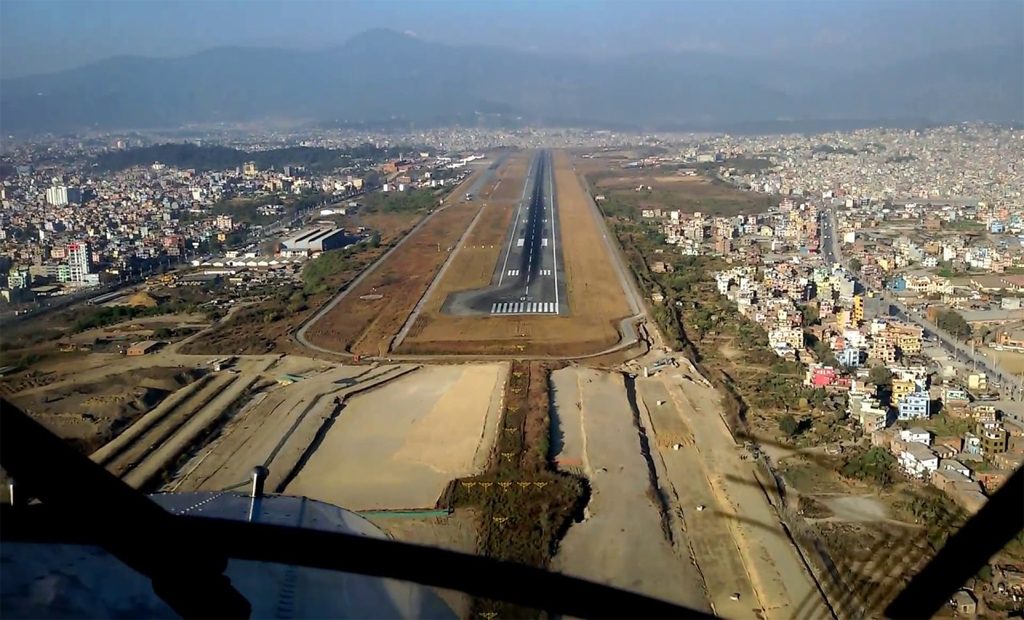 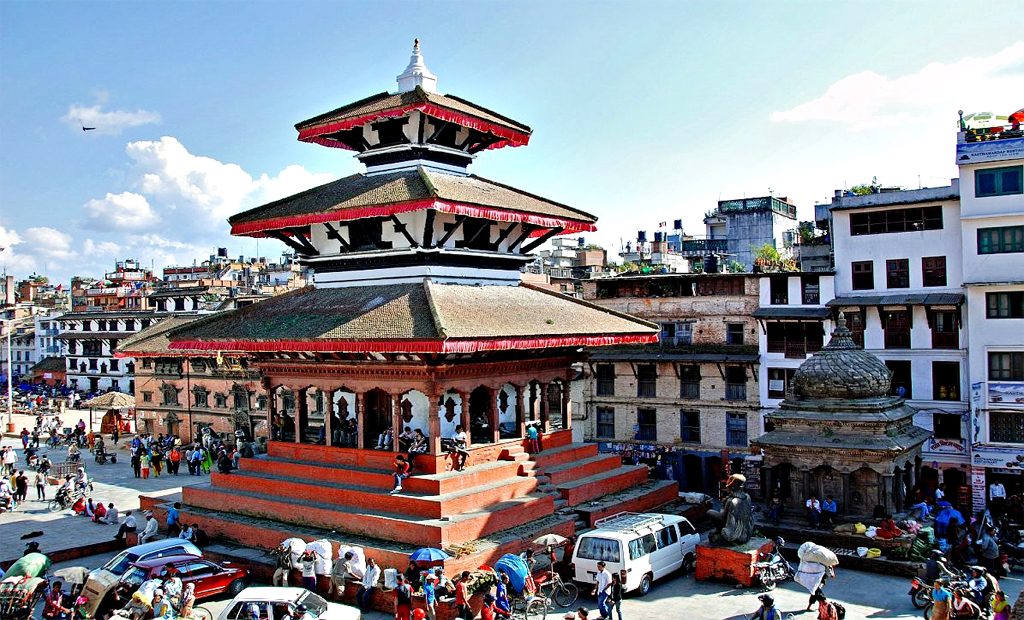 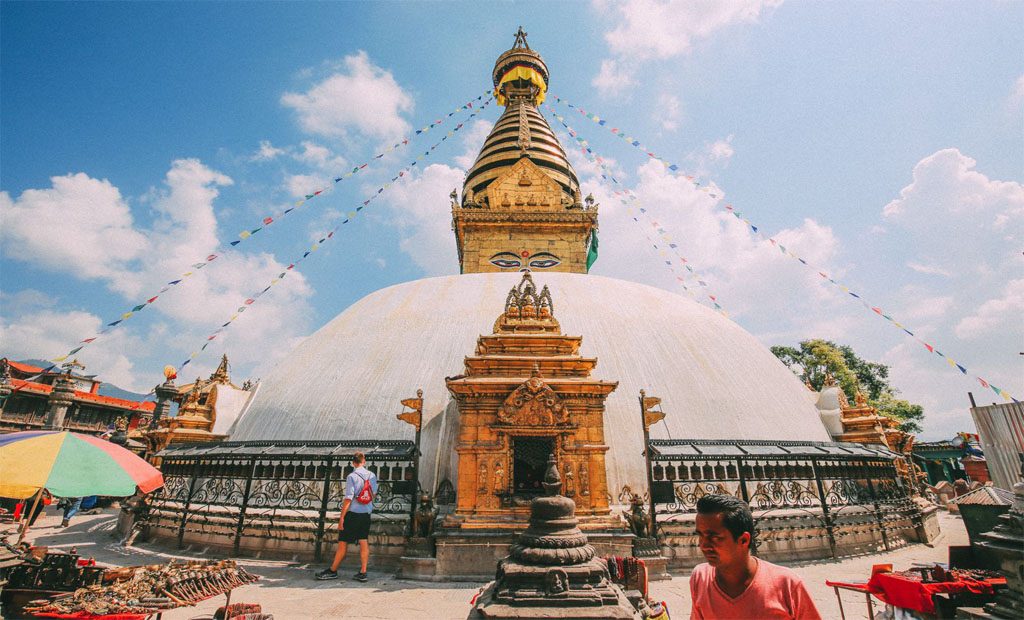 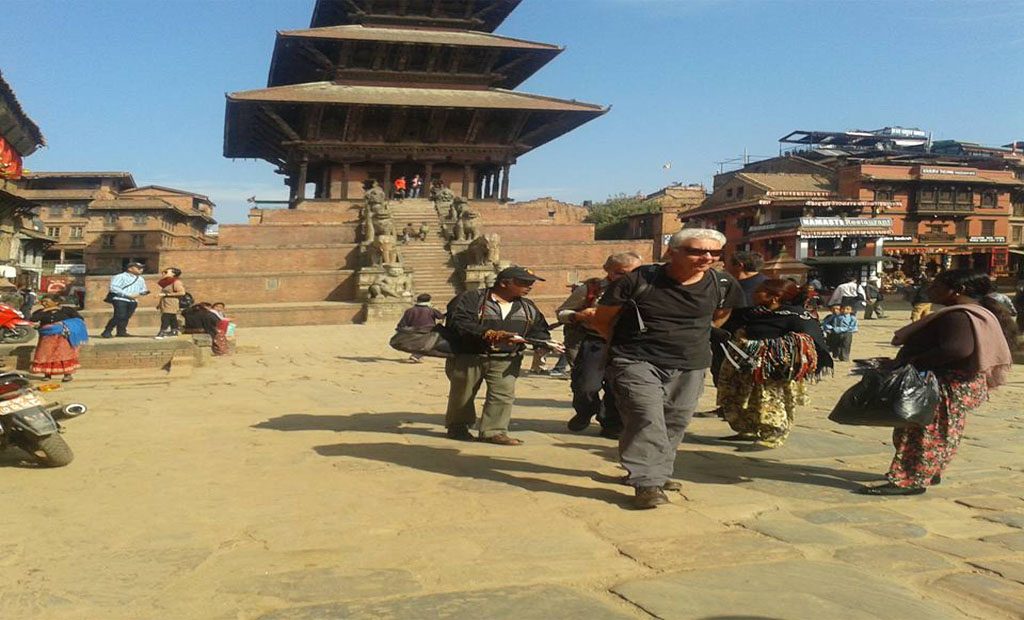 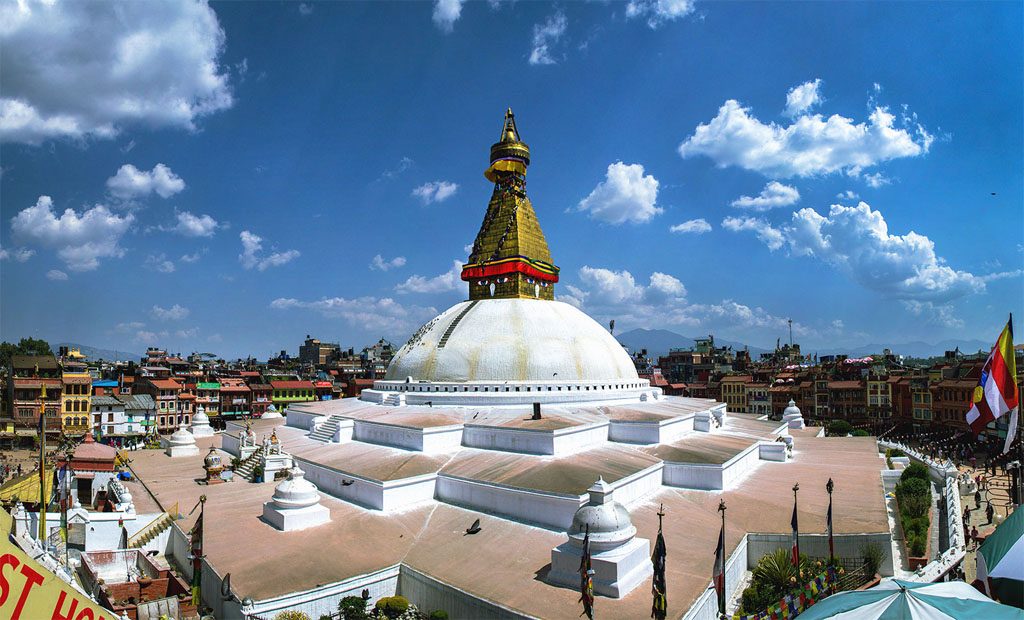 Kathmandu is the capital of Nepal and the largest metropolitan city, the other two sister cities are Patan or Lalitpur and Bhaktapur. The short form of Kathmandu is KTM, in terms of area Kathmandu valley is only slightly smaller than Singapore. Kathmandu is surrounded by four major mountains, namely: Shivapuri, Phulchowki, Nagarjun and Chandragiri, the city stands at an elevation of approximately, 1,400 meters in the bowl-shaped valley in central Nepal. The total population of Kathmandu is 949,486 people. Kathmandu is not only the capital of the Federal Democratic Republic of Nepal but also the headquarters of the Central Region among the five development regions constituted by the 14 administrative zones of Nepal located at the central part of the country. The central region has three zones, Bagmati, Narayani, and Janakpur. Kathmandu falls in the Bagmati Zone. Kathmandu, as the gateway to Nepal Tourism, is the nerve of the country’s economy. With the most advanced infrastructure among urban areas in Nepal, Kathmandu’s economy is tourism centric accounting for 3.8% of the GDP.

English and Hindi are understood by most of the people, and a significant number of the population speaks any of the foreign languages like: French, German, Chinese, Hebrew, Korean etc. The literacy rate is 98% in the city. Among urban areas in Nepal, Kathmandu being the premier cultural and economic hub of Nepal is considered to have the most advanced infrastructure. The sister cities of Patan, and Bhaktapur are integral to Kathmandu, from the point of view of tourism, economy and cultural heritage. Even the cultural heritage recognition under the World Heritage list of the UNESCO has recognized all the monuments in the three urban agglomerates as one unit under the title kathmandu valley UNESCO World Heritage site.

The city of Kathmandu was named after a structure in Durbar Square called Kasthamandap, which is a Sanskrit word, Kastha is “wood” and Mandap is “covered shelter.” In 1596, King Laxmi Narsingh Malla built this unique temple, which is also called Maru Sthal. The entire structure contains no iron nails or supports and is made entirely from wood. Legend has it that the timber used for this two-story pagoda was obtained from a single tree. Kantipur is the other name for Kathmandu, “Kanti” is an alternate name of the Goddess Laxmi, and “pur” means the place where such a goddess resides. Thus, the name Kantipur demonstrates the ancient belief that it is the place where the Laxmi dwells.

The history of Kathmandu dates back to ancient times. Traced between the period 167 BC and 1 AD, archaeological explorations indicate that Kathmandu and the two other sister towns in the valley are the oldest towns. Excavations conducted at Hadaigaon and Lubhu in southern part of the valley, in Kathmandu, have unearthed brick walls and Stone Age tools. The geological setting of the valley points to the existence of a lake near Chobar gorge on the Bagmati River, below the present Pashupatinath Temple, which was a pilgrimage place during the period of the Buddha. Manjushree Bodhisatva, a Buddhist Saint, drained this lake by cutting open an outlet in the southern rim of the valley. People started cultivating here and building their homes as the valley that was created was fertile. Manjushree is also said to have worshipped the Swayambhunath on the hillock where the present Swayambhunath temple is located. He is also the founder of the city of Manjupatan, which today falls within the present Kathmandu Metropolitan area, located between Swayambhunath and Gujeswari near the airport. Dharmakara a disciple of Manjushree was declared the ruler of that city by him. It is also said that Krakuchanda Budhha, Kanak Muni Buddha and Kashyapa Buddha visited the Kathmandu valley to worship Swayambhu and Gujeshwari, following the establishment of this city. The king of Gaur, Prachanda Deva built the Swayambhu stupa encasing the eternal flame and his nephew Gunakadeva was anointed as the king of Nepal. Singhakhetu, the last ruler of his dynasty brought prosperity to the kingdom. Subsequent to the rule of the Gunakadeva dynasty, rulers from India, particularly from Bengal and then Madras province ruled Kathmandu. Dharma Dutta of Kanchipuram in Tamil Nadu is cited as the builder of Pashupatinath Temple. This was followed by the reign of Abhir dynasty of eighth rulers and Kiratis said to be originally of the northeastern hill region of India. Their succession of 29 rulers reigned here until the Lichavis came into power.

Day 01 Arrival Tribhuban international airport and transfer to the hotel then rest time is free.

Day 02 After breakfast full day sightseeing in Kathmandu valley inclusive of Buddha Nath Stupa (this is one of the biggest Buddhist stupa in Nepal, where also you will be able to see many monks and Tibetan peoples), Pasupatinath (one of the most important Hindu Temple of God Shiva, where dead body also cremate), Bhaktapur City (Among three oldest cities is one of the interesting city , where visitor can see fifty five wood carving windows palace, a lot of pottery clubs, many temples and a lot of wood carving place) , Patan City (Also one of the city like Bhaktapur where you will be able to see a Hindus Temple is call God Krishna Temple and Many others as well as A Buddhist Temple call Golden Temple ) & Swyambhunath Stupa (One of oldest Buddhist Stupa located at the highest place in Kathmandu Valley, from where you can see the surroundings of Kathmandu Valley, as well as some mountain peaks also if weather is nice) .

Day 01: Arrival in Kathmandu-Transfer to Hotel:-Welcome at the Tribhuvan International Airport and transfer to hotel in Kathmandu, rest at the hotel and briefing about the trip. Overnight accommodation is set with BB Plan.

Day 02: Full day sightseeing in Kathmandu valley inclusive of Buddhanath Stupa (one of the biggest Buddhist stupa in Nepal, where also you will be able to see many monks and Tibetan peoples), Pasupatinath (one of the most important Hindu Temple of God Shiva, where dead body also cremate), Bhaktapur City (Among three oldest cities is one of the interesting city, where visitor can see fifty five wood carving windows palace, a lot of pottery clubs, many temples and a lot of wood carving place), Patan City (Also one of the city like Bhaktapur where you will be able to see a HinduTemple call God Krishna Temple and many others as well as A Buddhist Temple call Golden Temple ) & Swyambhunath Stupa (One of oldest Buddhist Stupa situated at the highest place in Kathmandu Valley, from where you can see the scenery of Kathmandu Valley, as well as some mountain peaks also if weather is nice.

Day 10:- From hotel to Trivhuvan international airport:- today is free or last minute you have few hour special shopping for your relatives. If you have more time you can do some shopping or sightseeing then  We will drop you to the International airport to catch your flight back to your home and wish for your Safe journey.

OPENED: This date is available and open for bookings.
LIMITED: There are very limited number of available places on this departure. Immediate booking.
GUARANTEED: We have reached minimum numbers and this trip is guaranteed to depart.
CLOSED: This date is currently unavailable. Please contact us, if you are interested in travelling on this date.
Your Program Duration = 3 days Days
All the Prices are in GBP (£) Per Person.

Dear valuable customers for Kathmandu Valley sightseeing  is not every mouth here in Nepal due to the climate of Nepal.The best time to Kathmandu city sightseeing is from October to November and from March to May which are peak season time. At these times, the weather is mild and generally dry, making walking conditions ideal. The spring season brings out the wild flowers, particularly the rhododendrons, while the autumn season is generally good for clear mountain views, as the air at this time is crystal clear. Winter treks are possible but risky particularly in late winter as chances of cold and cloudy so unable to see any views. The summer monsoon period is generally unsuitable for City sightseeing  and mountain views are unpredictable. However, it can be a rewarding time if these drawbacks can be tolerated, as the wild flowers are at their best around this time and the fact that there are fewer tourists encountered.